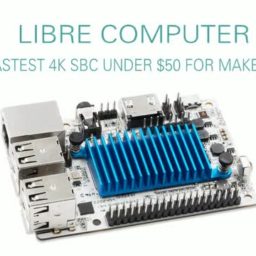 Kickstarter spawned a very interesting board ,
it’s called Le Potato from the company Libre Computer Board

this board is designed to offer exactly the same layout as the RPI3 , but absolutely destroy it in term of performance

‘the powerful cpu and the large amount of ram enable usages forbidden by the low power of the RPI3.

The specs given by the manufacturer are

In some multiusers cases the 100 mbps ethernet port might limit the usage as a NAS. But in most cases, it should be fine as a NAS for 1 or 2 simultaneous users
But the hdmi 2 port is great if you think using it as a media machine connected to a TV for example
The lack of wifi connectivity is disappointing. And one of the 4 USB ports will be reserved for a Wi-Fi adapter
They justify this decision because of a lengthy certification process.
The maker plan on releasing a Wi-Fi + Bluetooth mezzanine in the future witch will address the lack of radio connectivity