After installing my orange pi zero. I tried to use my board the reencode some video file that use xvid/ac3 to x264/aac with the ffmpeg linux command.

The problem was that it took more than two hours at 100% cpu usage on the 4 cores to reencode the video, during that time the cpu was getting instantly too hot and, as a result, was heavily throttling . I tried to use a radiator, and it significantly reduced the amount of throttling but it was not eliminating it, since eventually the cpu reached pretty high temperature.

I decided to add a fan to blow on the radiator to reduce even further the cpu temperature.

I didn’t want the fan to be running all the time so I decided to use the gpio function of my board to control the state of a pin to start and stop a fan.

The problem is that the logic levels sent by the gpio is 3.3v which is much to low to start the fan i own.

My fan is a 12v fan, but it turns out that it can run at 5v, it just have a lot of trouble starting, most of the time when I put 5 v on the fan, I just see a very small movement, and then nothing, I just have to give a little push, and then it will start

Of course, this is not going to be OK. I must find a way to start that fan without that initial push.

To send 5v instead of 3.3v to the fan I used a PNP transistor that will be controlled by the 3.3v signal.

Here is a little schematic of the wiring. 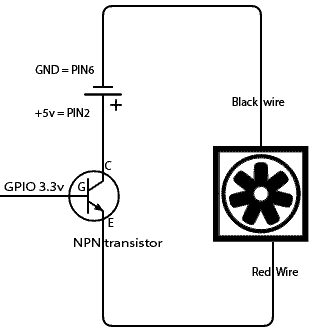 At first I tried to use the gpio pin number 23 but, for some reason I failed to change the state of that pin using the wiring pi library. 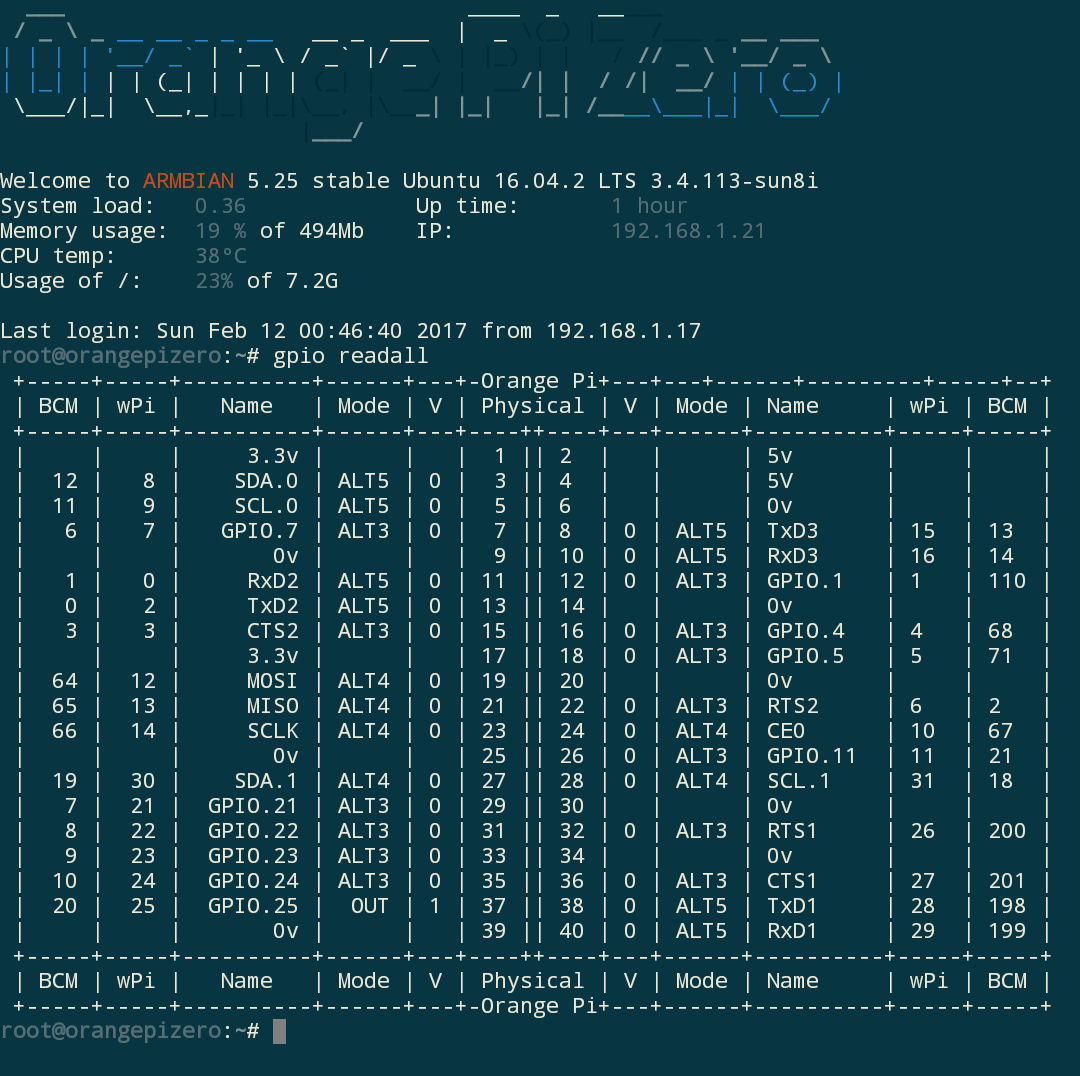 I then chosed to use the pin number 7 which is named GPIO.7 in the “gpio readall” command.

But even with all that, my fan still needed a little push to start turning.

After a good afternoon where I considered buying a cheap and small 5v fan on one of the classic Chinese website, i remarked that if my control GPIO pin was not soldered and I disconnected and reconnected very rapidly the control wire, the fan was starting every time.

The idea of a bash script exploiting this fact was born.

Here is the script that works for me every time!

This  script put the pin 7 in output mode, then switch the state of pin 7 rapidly provoking the startup of the fan.  At the end of the script the pin 7 is left in the 1 state.

To be sure the fan started, I usually launch this script 3 times, but it’s overkill and one time is enough most of the time.

When I want to stop the fan, I just launch the command

And the fan stop immediately,

Now creating a script that launch automatically the fan when the cpu get above a predefined temperature is going to be extremely easy, I will describe it in another article.

Even if the fan is turning very very slowly , it does have a very significant effect on cpu temperature 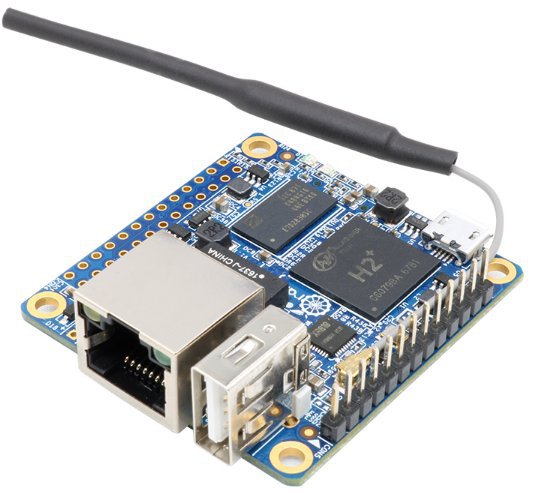 The Orange PI zero is equipped with two onboard leds ,

One red , and one green ,
armbian give you the ability to control very easily the state of theses leds.

You can put some sleep command between the on and off, and use this functionality to notify you for example that a cron script is running.

If you purchased the small yet awesome orange pi zero on Aliexpress you certainly had huge problems to download some OS images on the official Orange PI website ,

when your orange pi zero is finally fonctional there is several way to get the current temperature of the CPU.

first you can use the command : armbianmonitor -m this command is going to give you , the uptime , cpu speed and the current CPU temperature every 6 seconds.

but if you want to get that temperature for graphing purpose for cacti , munin , or grafana this command is not going to be usefull because of the autorefresh functionality

there is an other command that just return the cpu temperature

there is two sensor inside the Allwinner H2+ , you can add the two values and then divide the result by two to get an average temperature.

then you can graph the temperature using grafana for example

now that you know the temperature of your PI , you can somthing about it :
in an other article i talk about using the GPIOs of the PI to activate a fan when the temperature reach a set threshold.